We sat down with Tomohiko “Under” Suzuki to talk about the man and the machine that has not lost its track record for seven years at the pinnacle of time attack in Japan; Tsukuba circuit. Under has clearly set the bar of what an owner/builder/driver can achieve. We wanted to get an exclusive peek into his highly anticipated new build debuting at this years World Time Attack Challenge. Very few photos exist of the car, the team had devoted every second to the build and only just made the boat ride with a few shakedown laps. We were able to get our hands on exclusive first photos. We will review the details with help from the car’s aero designer, Andrew Brilliant from AMB Aero. 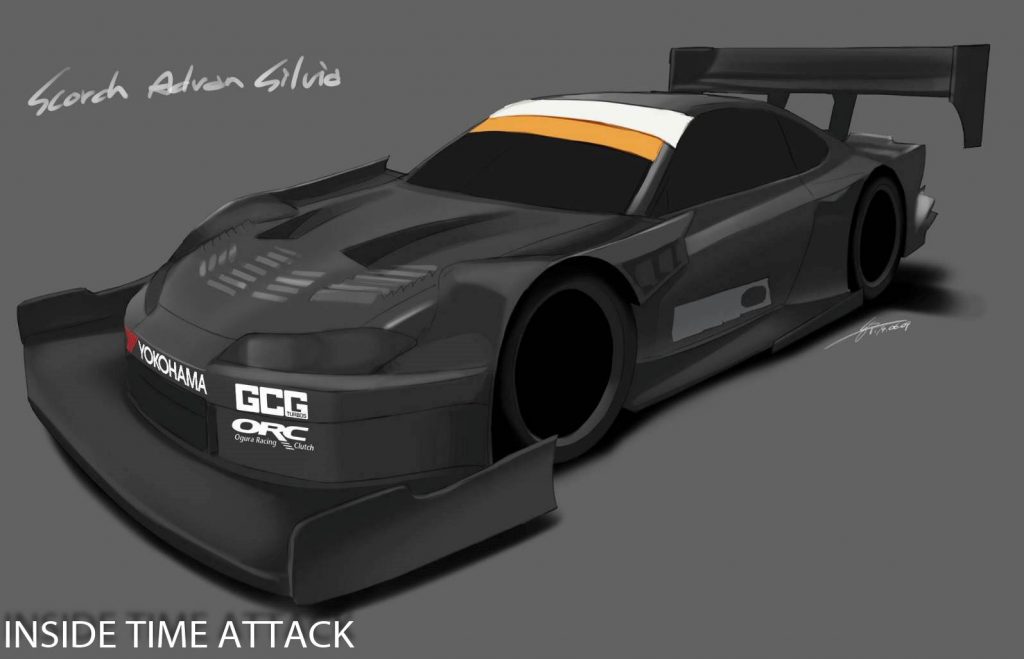 ITA: With such a busy schedule, we are grafetul you could find the time to talk with us。 Also thank you so much for the exclusive photos and to our volunteer translators.

Let us start with 2017 World Time Attack, that was the last run with your old car. You hit a new PB of 1:21.7. That is the fastest lap time ever run by far for either an amateur driver or a stock body car. Tell us about that run and why after such an achievement would you then decide to start over and build a new car?

“The old car and I had been through so much together. While it was a solid lap time and showing potential, it was a bittersweet year for me. Our major change was nitrous, but wound up running with the nitrous system off when we did our best time. I just forgot to turn the system on. That meant the lap time gains came down to experience in the car. Even so, there were chassis limitations becoming really obvious. The suspension was not capable of handling the aero loads.  One of the most important things on a time attack car with this sort of downforce is being kind to the tires. You are asking a lot of them, we start the lap with the 250+kmh minimum speed Sydney Motorsport Park’s legendary turn one. When we turned in there, with many times the cars weight in downforce, it forced our 20mm super-hard bump stops compressed down to 2mm tall. With these extreme loads into tires, if you then lock the suspension solid the bursting risk goes way up. We have burst tires before. If I pushed the car, we matched RP968’s Sector 1 time but we could tell from inspections we would risk bursting . What else could we do but go slower, the car needed a more advanced suspension.”

ITA: Looking at the Natsoft data, that 2017 best lap was completed with a sector one time 1.4 seconds off the pace but finished the lap up only 0.8 seconds short of the winning time, so your Sector two and three were fastest of all cars. If you put the day one first sector with day two bests, that was an event winning time by 0.3. That is certainly impressive, even if just on paper. What did you do to the suspension to solve the problem with turn one? Will the car see its full potential with the new upgrades?

“That’s the thing with getting the potential, it seems close but you can have a very difficult road ahead. SMP is a bigger challenge for us than Tsukuba. Looking up and down the field, it had become a bit silly not to have a proper double wishbone suspension, when the top cars have that plus active dampers and rising rates.

That same year we saw RP968’s semi tube frame chassis and weight balance was very fast. We had lost to them by a few tenths as it was. By 2018 even, to win in the future, we needed to be at minimum weight and with similar weight distribution and the power was about to take a huge leap for 2018. MCA is built semi tube frame as well.

I wanted a car that could fight with equal conditions, lack of a semi tube frame and stock body/chassis were too much of a handicap. We looked at all sorts of things with the suspension, trick and expensive dampers were a partial solution. We tried less downforce, that was no good! Our aero was designed in 2014 so Andrew [AMB Aero] offered an update to newer tech. They have an ability now to reduce the downforce on the straights but actually increase it in the corners and that could help. They could also design a package with a lot more downforce than now. That path would make the suspension problem actually worse unless you do the job twice. We had to fix the suspension problem firstly.” 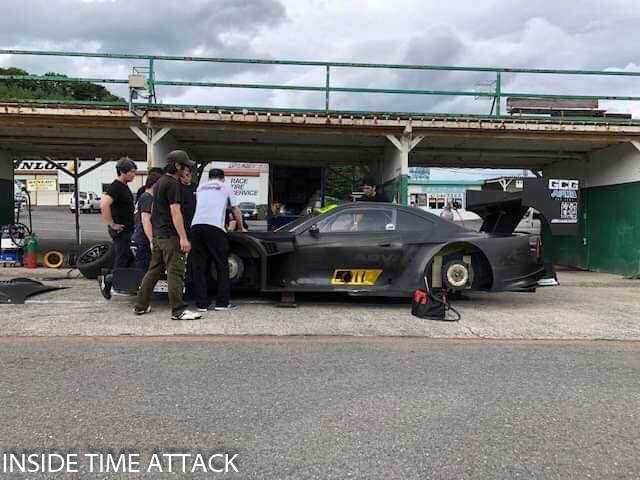 ITA: So, you set out to build a new semi-tube car with a one-off suspension? Any other major upgrades? I assume you spent heaps of late hours, how long did it take to build the car? Who designed the suspension?

Under: “Suspension designer? That was me! Since a few years back I had been studying F1 and GT500 cars. A high downforce suspension and transaxle into a Silvia was a huge job, but now we have a double wishbone suspension with pushrod actuated with heave springs. For this year they are just bump stops, heave dampers weren’t legal when I started the design so we need more time. It took two full years for construction. When you are focusing on the weight of every little tiny thing, the details take time.

I did most of the work myself, so all done after hours. Chassissim has come onboard as well helping us with the setup side. They have a lot of experience setting up heave springs and high downforce. Danny has been very helpful.”

ITA: What should we expect to see this year? What kind of lap times?

Under: “This is our first year with a new and untested chassis. The engine is unchanged, but it’s a super reliable setup we have solid power. The aero is tried and true so some parts we are confident in. There was no way to avoid this being our shakedown at WTAC as we were right up to the minute to make the boat!

We are focused on the next two years, it would be a dream to go there and run without issues, but it’s unrealistic. I do expect our lap times to drop steadily over the weekend while we fix things. If it goes just right, at the end of the weekend, there just might be a chance for us!  We brought the midnight oil and dry-pack ramen! I am incredibly excited to see all the fans again and Silvia lovers. Their enthusiasm and support makes the sacrifices feel lighter for all of us. I hope they will love all the new car as much as I do. It is my masterpiece! We are representing Japan in pro class, I love the pressure! Lap times?? 1:17!!” [Under raises a fist]

AB: Firstly I want to say thank you to Inside Time Attack for asking us to talk about this new car. I am so proud of it, this is the dream we had been talking about so many years now. It is always such a pleasure to work with Under. He has a unique style and feel that he injects into the designs we do. We tested his own ideas and are always in close contact with him to keep the car looking the way he wants. His passion to learn has made him a bit of an aero expert now! 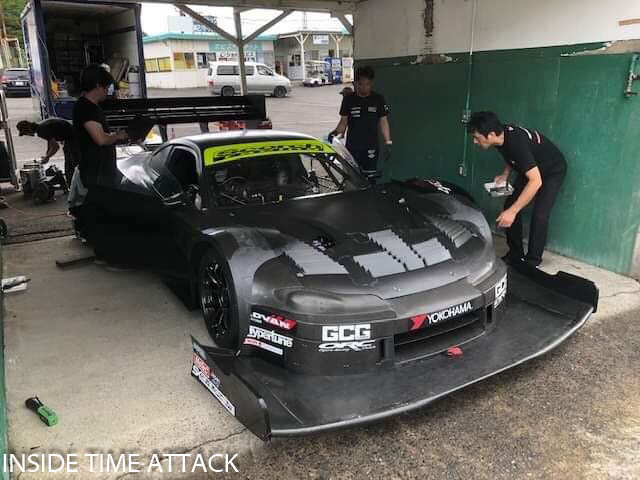 AB: You might notice is how wide and low slung the car looks. The old car sat high due to limitations of the original suspension geometry. Now that the whole car sits lower, it will reduce the drag while lowering the cars center of gravity. Both are major benefits for performance. 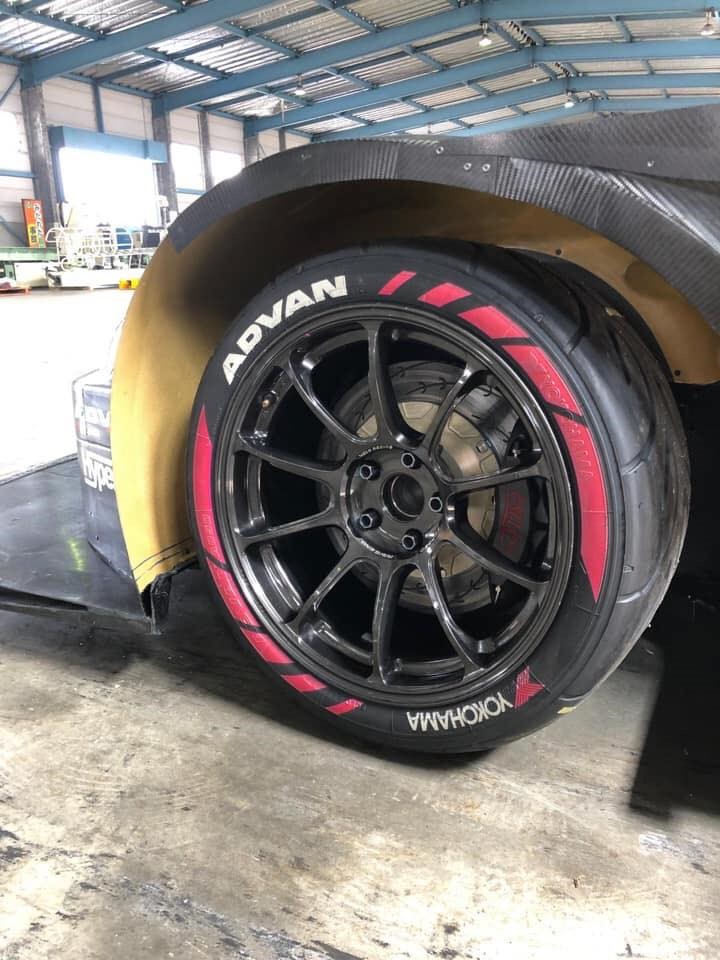 AB: Here you can see the work done here to get the tires to clear in the fenders. The canards also had to be re-sculpted just to fit.

The car looks high here since the ride height is set to max for the boat ride to Australia In photos on track the downforce will always be pushing it lower as well. 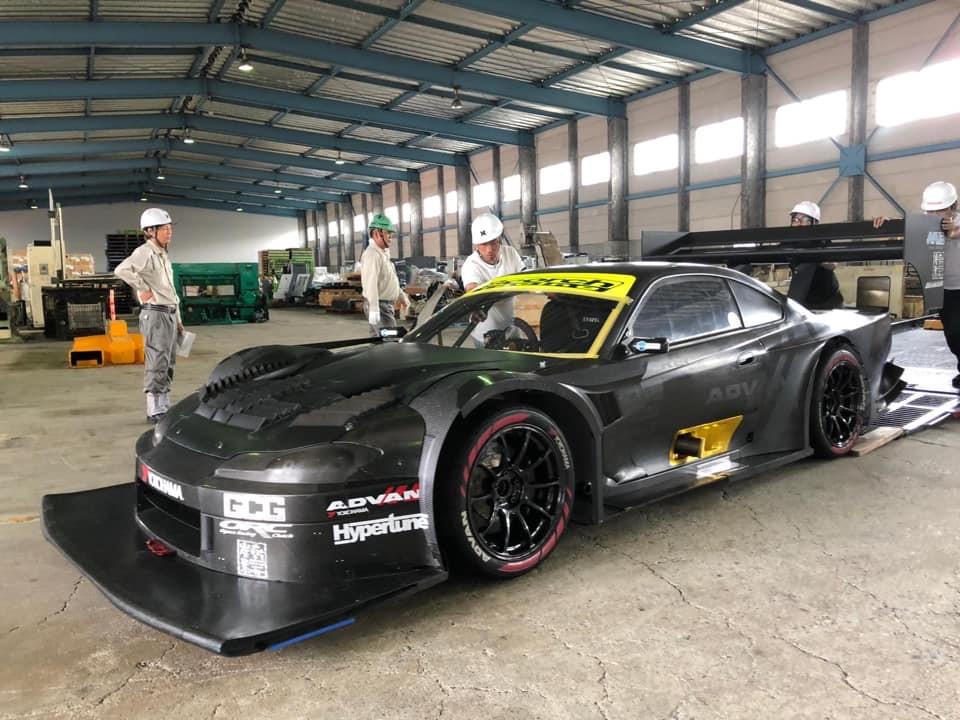 AB: Additional support structure added to the side skirt to reduce flutter. A small loss in downforce but allows for less weight in carbon fiber. The exhaust angle is tuned to reduce any unbalanced effects on the aero. The driver is on the right side so it also helps to balance out the weight.

Splitter and under tray are all unchanged, if you look closely you can see a thin reinforcement cover bonded over the splitter’s mid section. That was fitted after we had to reduce bending at faster tracks. You can stand the whole team on that splitter if they would fit. Inside the cooling duct you get a peak at an angled panel, that actually makes downforce as well. This is an area that had so much attention, a lot of angles and shapes that were done with CFD. The shapes are tweaked, changed retested and refined. We have done just short of one thousand CFD tests on this car over the years. I believe this car is the first time anyone attempted to make this much downforce, so we were all learning.

AB: A massive amount of wiring and work done to support the maze of MoTeC electronics. Rear view is a camera since the rear window has been replaced with carbon fiber. The massive box at the left houses the exhaust and heat shielding.

AB: Did you notice the roof looks a bit longer? The old car’s front window was the same shape as the original glass but made with transparent Lexan. The carbon roof has been brought down and the lexan shortened. Carbon is lighter and you couldn’t see through the graphics anyway. That is the sort of attention to detail it takes to get to minimum weight! 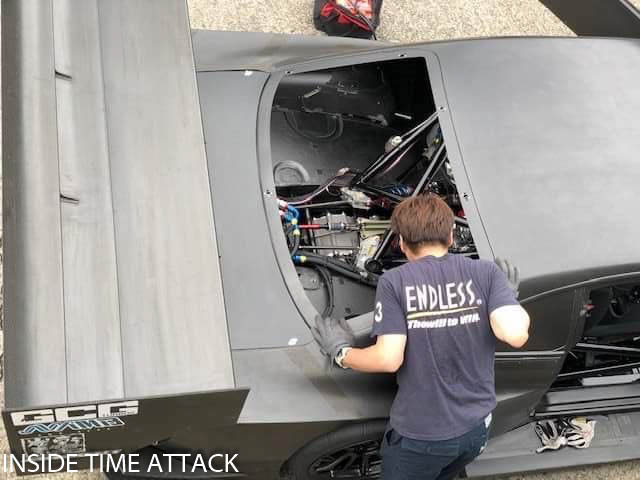 AB: Here you can see the new pushrod rear suspension and transaxle. There are two springs to the left and right above the transaxle then one rod to actuate a ‘third’ or heave spring in the center. When aerodynamic downforce loads the car both outer springs compress.   Since they move together it pulls on the pivot in the back which engages the the bump stop stack on the center rod. That will later be replaced by a full damper and spring assembly. What this gives you is much greater freedom to tune the suspension in terms of the reaction to aerodynamic loads.

The wing is unchanged as well from our standard triple-element. It is three quarters of a meter in total chord and roughly two meters wide. In a wonderful story about Under’s comradery, he actually made the rear wing that is fitted to the AMB designed HKS TRB-03, his own competitor.